The Entourage Music & Theatre Ensemble - The Neptune Collection (Folkways [US] 1976) 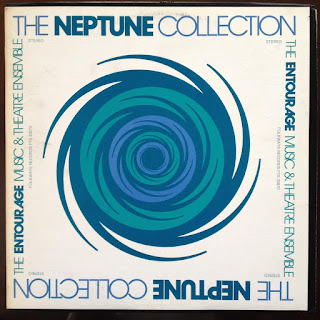 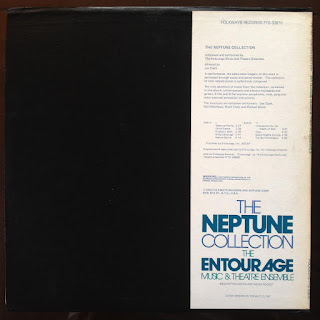 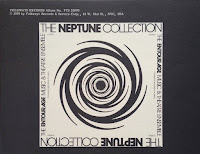 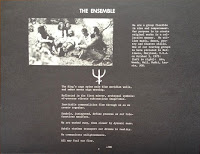 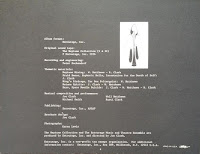 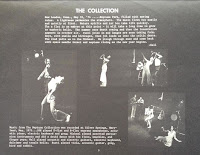 Now that I have revived this blog, I thought I would take us back to my very first post!

If you can remember correctly, Entourage was a collective beginning in 1971 and active for over a decade. They were a performance art group that incorporated music, poetry and dance, occasionally featuring as many as fifteen individuals. The group cites world music as an important influence on their sound and it is notably obvious in their use of various percussion instruments. Because of this influence, along with an aesthetic that can only be described as quasi-spiritualism or mysticism, I would consider Entourage early architects of the New Age movement. Their sound is a freer, unconstrained by melodramatic melody or programmed hifi world percussion, but the hallmarks are there.

The Neptune Collection is the follow up to The Entourage Music & Theatre Ensemble's eponymous debut, and it's more of the same free-form, experimental acoustic loveliness. This album features Wall Matthews, who had recorded previously with Biff Rose and went on to record a fusion record on Fretless followed by an odd, categorically easy listening acoustic piano record on Clean Cuts. At some point in the near or distant future, I will post an updated recording of Entourage's debut, as well as Matthews' subsequent releases for any completionists out there.

In the meantime, I'm going to listen to this record whilst I sit here with my cats and a dark beer, watching the sun set on my little island, enjoying a cool, late summer breeze.

If you would like to do the same, download HERE, and while you wait, watch this video of a performance by the group set to the first song on this album:

Selections from my personal record collection.